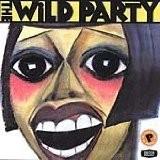 20-ies of XX century. Events take place in Manhattan’s most affluent neighborhoods. The young lady Queenie, working in variety show theater, finds the man of her dreams. He is an actor named Burrs, usually acting in vaudevilles as a clown, but, nevertheless, having great success with women. The beginning of their romance was bright and passionate, but gradually their relationship slipped into a routine. To revive the feelings, the couple decides to make a fiery party at their posh apartment in Manhattan. They invited actors of their vaudeville show and friends. The evening begins with a parade of arriving guests.

Although Queenie glows with beauty and exudes confidence, Burrs shows an interest in other women, in particular – Kate. And when Mr. Black comes in, Queenie draws her attention to him in turn, forgetting about Burrs. The party continues; the alcohol starts to flow as the river, some people dancing, others simply looking for adventure at one night. Bright stage performances of variety of different actors follow each other on the scene and the protagonists also involved.

Gradually, it appears that the Burrs’ interest in the female gender is flashy. Kate aggressively seeking attention of Burrs, but he is forced to tell her that his heart belongs to Queenie forever. Queenie seriously begins to experience feelings of love to Mr. Black. He answers her affection, and it comes down the couple’s kissing. Burrs is infuriated: he definitely isn’t ready to share his favorite with anyone.

Meanwhile, Kate continues to pull Burrs to herself constantly, wanting to win his attention and to dance only with him. Black offers Queenie to leave the apartment at all, not to participate in such obvious to all scene of jealousy. Queenie refuses to leave; verbal skirmishes between the rivals go into the fray. Eventually, already heavily drunk Burrs received hits from Mr. Black and fell asleep. New beloved of Queenie is aware that all the troubles associated only with him and is ready to leave the party. Queenie will not let him go, not wanting to part.

Gradually the night of fun and fervor goes into the early morning. Tired guests asleep in the living room huddled, and Black retreats with Queenie in the bedroom – they cannot halt down their passionate feelings anymore. When Burrs woke up and found Black in the morning in the bed of his beloved, he pulled out a gun and threatened to shoot a new lover or himself, unless Queenie would abandon Black right away. Understanding that irreparable may happen, Black is trying to take the gun away. Seizing the moment, when the Burrs is distracted, he rushes to him. A fight starts and shot is sounded, Burrs is killed. Queenie is terrified – she realizes that if Black would not disappear immediately, he’d go to jail. She invites him to escape quickly. As a result, a fun and relaxing party turned into a tragedy – Queenie suddenly lost both men. Now she forced to leave the apartment, disappearing from the crime scene.
Last Update:July, 25th 2016