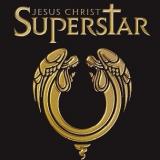 On Broadway, the show was exhibited in 1971, and before that, a recording of rock opera on vinyl was performed. Due to the immense popularity of the plate, it was decided to make a musical, which has become incredibly famous. Mark Hellinger Theatre hosted the show. The main role was played by J. Fenholt. For the first time, the show closed after 2 years & 700+ hits. Some felt the show was too protuberant, while others – graceful and consistent. Anyway, the play has attracted a lot of attention. Lloyd Webber, creator of it, for some reasons, did not like the original spectacle, which he considered of poor implementation of his ideas, despite the fact that the show was nominated on Tony five times (though didn’t win any).

In London in 1972 under the leadership of Jim Sharman, spectacle lasted 8 fantastic years! At that time, it was an absolute record for the duration of the musical in the UK, with a much notable success than on Broadway. Dmitri Shostakovich, the outstanding Belarusian-Polish composer, also attended performances, was admiring the grace and majesty of the music notes’ overflow, of brass, strings & woodwind.