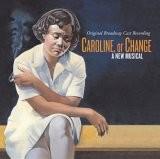 For the first time the opening of the musical was performed in a workshop in 2003 in New York. Its duration was only equal to one season, until 2004, after which it has moved to Broadway and was completed in May of 2004. The popularity of this musical under the direction of George C. Wolfe was below average – only 136 performances and 22 previews. The actors were as follows: H. Chad, C. Wilson, T. Pinkins, V. Cox & A. N. Rose. Hope Clarke was responsible for the choreography, R. Hernandez did the scenic design, P. Tazewell was a costume designer, and P. Eisenhauer was a lighter. Despite the very short duration, the musical was nominated for Tony 6 times, and one of the nominations were for the Best Musical. It didn’t win, unfortunately.

London saw the show in 2006, with the same director, continued until early 2007. However, its production has been done elsewhere, not in the West End, but that did not stop the musical was rewarded with Olivier (the British equivalent of Tony). Actors in London were such: P. Millward, C. Rowe, T. Pinkins, G. Bernstein, P. Bennett–Warner, J. Weldon, H. McRae & A. Francolini.