Across the Universe review 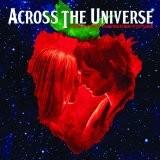 Across the Universe review

Across the Universe Review - Broadway musical

This film is a musical, which was released not for the stage but as a film in 2007. Despite the fact that it was assumed that it would gather around it a great number of admirers of musical creativity of The Beatles, it turned out that it had received full failure. Net loss amounted to slightly more than USD 40 million (with a budget of USD 70.8 million, it managed to gross in the box office only USD 29.4 million).

On the other hand, this film suggests another look at the things that took place during the Vietnam War, which widely finds echoes even now, decades after its completion, in the work of millions of people. Especially those, who resides in USA. For Americans accustomed to winning, the fact that this war was not officially won, is upsetting. It was just stopped when it became apparent that it brings greater turmoil within the country than the administration of the country would win in case of victory. Anyway, the objectives have been achieved and the "flower children" received great satisfaction that behind them now is their personal victory in the form of an ending of violence.

Musical tells the story of several months with pretty broad strokes, which takes place between several young people on the background of war and love. A very large variety of songs by The Beatles, which are used here, were cutely incorporated into the plot. We didn’t dare to suggest that a reference of the viewer to Strawberry Fields Forever will be performed in the film not with only physically nailed strawberries to a board, but also at several locations during the film – for example, when aunt mentions cranberry sauce.

This film is a reminder of the huge culture, created and supported by The Beatles (and which is now supported by the last surviving member of the band). Culture, which has gone far beyond a single band, city, country or continent. Culture, which has combined in itself more than one musical band, and more than a million of people. About 100 or even a thousand times more. The Beatles is still the most popular band in the world, and their records are still sold with millions of copies (they have the largest number of singles and albums sold among all other musical groups or artists of the world).

Voices singing in this musical, chosen really like the Liverpool’s Four. Arrangement of songs is admirable. The ability to make the imposition of one song to another should also be considered as good. Especially in a scene Across The Universe, when the protagonist, leaving the subway, sings one thing, and then come the cries "Strike, Strike!.." And at this time a song superimposed, performed by female vocals, in a completely different style and direction. Actually, this is the moment when all arrested and this reflected quite emotionally. Police in this musical always dissipate and beats-up somebody. In general, they appear as lackeys of the government that is – punishing body – not one that should defend the interests of society, that is, citizens.
Last Update:April, 06th 2016