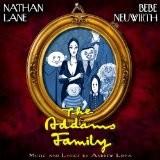 This production is a comedy with black humor, where Andrew Lippa made music & lyrics, M. Brickman and R. Elice wrote the book. All the characters are designed by Charles Addams, who immortalized his name in small cartoons based on gags. As we all remember, it was a movie also created, TV series and several games, including computer ones. This otherworldly family is known to all with their funeral and gloomy passions, and who are very rich to spend their lives being festive. This musical has incorporated the characters that were created from all things produced, though for the most part based on the cartoons.
Elephant Eye Theatricals is a group, which made this play as their debut work. Bebe Neuwirth came out as stunning Morticia, but Nathan Lane as Gomez was less convincing than this character was displayed in a feature film in 1991 by Raúl Juliá (unfortunately, this actor died in 1994). In the very famous film, which grossed nearly USD 200 m., also starred such chic actors as Christopher Lloyd and Christina Ricci.

To begin with, the musical ran in Chicago and then went to Broadway in 2010. One and a half years, until December 31, 2011, a musical was acted on Broadway.
Possessing the rights to the product, organization named The Addams Foundation insisted that the musical should be based on the cartoons and had an independent storyline. One of the producers followed observance of compliance with these conditions.

According to the memoirs of one of the creators of the show, Julian Crouch, they put themselves on the place of Uncle Fester and asked – if they were that character, which created this musical, how he would create it? And the answer was: in the dark Gothic style.

After Chicago, several songs have been rewritten and replaced by others, making the musical won only: One Normal Night, Crazier Than You and several others.
Release date: 2010
Last Update:December, 02nd 2015