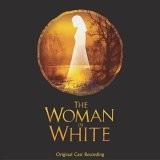 
(A railway cutting. A wild stormy summer night. The Signal Man is in his signalbox.
He receives a message from down the line. He wires back a message.
We hear the strange,eerie singing of the wires.
From the gloom we see a figure of a man-Walter Hartright.
He is about 30 years of age,attractive,dark,open.
He carries a bag and an easel.
He sees the Signal Man checking the tracks with his lantern below him)

HARTRIGHT:Hallo! Below there! Hallo!
(A lightning flash)
HARTRIGHT:Signal Man? Down there...Hallo!
(Pause)
SIGNAL MAN:Who calls to me in the dead of the night?
(Walter steps out of the shadows into the light of the Signal Man's lantern)
HARTRIGHT:Hartright. My name is Walter Hartright.
(He climbs down to the Signal Man's level)
SIGNAL MAN:What are you doing here, on a night like this?
HARTRIGHT:I'm lost sir. I'm trying to find my way to Limm'ridge
House-The train broke down and I'm forced to walk.
SIGNAL MAN:Branch train broke down-what you say is true.
HARTRIGHT:Yes,I heard the wires singing in the wind-The noise of them led me to you.
SIGNAL MAN:Why are you going to Limm'ridge House?
HARTRIGHT:I have the post of drawing master-I must arrive tonight for I start tomorrow...
Sir, you look upon me with such dread.
(Pause)
SIGNAL MAN:Last night I had a vision
That a stranger would appear
He stood right where you are-
A man such as yourself.
"Alarm on the line!" he said
Alarm on the line!
So I tapped out the message
And the answer came back
"All well both ways"
But he said "You'll mark my words
When a year to this day
The dead lie on the tracks!
The dead lie on the tracks!"
HARTRIGHT:I can assure you sir,I know of no imminent danger!
SIGNAL MAN:A man such as yourself!
(Suddenly there is a strange sound in the air. The telegraph wires sound again in the signal box)
SIGNAL MAN:There calling me from the down the line. There's danger somewhere along the line.
(The sound of the wires grows to a terrible pitch.
From behind Hartright,from the depths of the tunnel a hand reaches out and touches him on the shoulder.
It is a woman dressed in white(Anne Catherick).
She is in her early 20's,fair,attractive,but her face is drawn and sorrowful.
Her manner is wild and insistent)
HARTRIGHT:(startled)Oh, my God!
ANNE:You've got to help me!
There's someone after me!
HARTRIGHT:How can I help you?
ANNE:I'm being followed and I've done nothing wrong!
HARTRIGHT:It's very late for you to be out here alone-
ANNE:You must believe me that I am free from blame.
HARTRIGHT:Who do you run from?
ANNE:I dare not say his name!
HARTRIGHT:Where do you live?
I'll try to help you if I can.
ANNE:I have a secret.
My precious secret
But can I trust you?
But can I trust you?
(Her tone changes. She reaches out to him.)
ANNE:They cannot take away my secret-
thought it's something I can't share with you.
It's locked inside my heart,my secret-
but there's someone I must tell it to.
Secrets kept inside can hurt you
mine is sharper than a knife
If I tell the one I seek
I may save her life.
(She is in distress)
HARTRIGHT:Please you needn't fear me
truly you can trust me
I would never harm you
I'm no threat-I am Walter...
Walter Hartright. I'll help you to get home.
ANNE:I've no home at all
nothing but my secret I have just my secret.
(Hartright reaches out and gently takes her hand.
The noise of a pony and chaise approaching. She breaks away)
ANNE:There's someone coming!
And I must get away-
I have to get away!
But can I trust you?
(She moves off toward the tunnel)
HARTRIGHT:Don't go in there!
He said there's danger on the line
ANNE:(echoing)I'll tell my secret for secrets must be told
(She disappears back into the tunnel. A servant enters)
SERVANT:You must be Mister Hartright?
HARTRIGHT:Yes
SERVANT:I'm sent to bring you straight to Limm'ridge House.
HARTRIGHT:Did you see her?
A woman,dressed in white.
SERVANT:I saw no one
HARTRIGHT:A woman all in white?
SERVANT:Sir,I saw no one
I saw no one.
(The servant picks up Hartright's bags and exits with them.
Hartright looks around and then exits after him.
The light is beginning to dawn on a new day) Last Update: January, 13th 2014