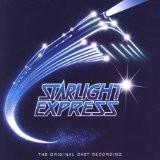 The author is Andrew Lloyd Webber. Adaptation has been provided by D. Yazbek & A. L. Webber. Lyrics have been created by R. Stilgoe, D. Black, D. Yazbek & N. Coler. As the basis of the idea, the director and screenwriter T. Nunn, together with Webber, took Cinderella’s story and rehashed it in a new way. Such an unusual project saw the light in the spring of 1984 in London's Apollo Victoria Theatre. This was one of the most successful musicals in West End – it survived almost 7500 exhibitions. The show ended in January 2002. The performance had this cast: F. Ruffelle, S. Lawrence, J. Daniel, J. Shankley & R. Shell. Production on Broadway, which opened at the Gershwin Theatre, was not as successful as the British one. From March 1987 to January 1989 there were 761 presentations until closure.

The German interpretation of the play happened in June 1988. Especially for it, in less than a year was built Starlighthalle theater in Bochum, where the play lives till today. By March 2012, it was viewed by more than 13 million people in Germany. The show includes these actors: L. George, K. Köhler, J. E. Estrada, A. Dever & U. Kröger amongst others. There is a version of this performance called ‘Feld Entertainment’, where the whole action takes place on the ice. However, ice skating show has not met the expectations of its creators, turning unprofitable. In 1992, London version of theatrical introduced changes: it received the name ‘New Starlight Express’. Numerous tours in New Zealand, Japan, Australia, the USA, the UK and other part of Europe confirmed the keen interest of the audience to this show. The Broadway’s version has received two awards from the Drama Desk & 1 Tony. Also it has been nominated for Theatre World Aw. London production was nominated for Laurence Olivier.
Release date: 1987
Last Update:July, 13th 2016