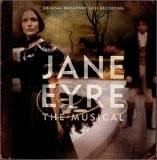 A young orphaned girl named Jane Eyre lives a hideous life, in which she is abused with immediate family, who took care over her. After some time, they obviously got bored of her and sent her to school, where the orders were even more severe than in her house. For example, when she comes there – in the midst of winter – no one gave her warm clothing many days, and she had to wash a face with the frozen water, breaking the crust of ice on the basin standing next to the window, from which an icy wind was blowing mercilessly.

Many years later, grown-up, she becomes a teacher at this school and gets custody of a French girl, who tells Jane about the new places, where she hasn’t been. Once Jane stops the fire, which is about to flare up in this pension-school, and saves the old house owner, because of what they become closer. But after a while, he expresses the intention to marry another girl, on which Jane not comes to excitement. Meanwhile, in the pension arrives an old guest of owner, with which occurs unpleasant thing during the stay – he was attacked at the attic and he recovered thanks to Jane and owner, but leaves soon. The future bride of the owner leaves too, as he pretended not rich, and a gypsy.

Afterwards, a school owner admits in love to Jane, but on the day of the wedding the same old friend tells her that her husband is already married. And not just on some ordinary woman, but on his raving sister, who lives right in this school in the attic, not getting out of there. Jane departs in rush and aimlessly, not wanting to live along with such circumstances, and a mad sister sets the conflagration, and dies there along.

After some time, Jane wandered enough and returns home. It turns out that one of her stepparent will soon depart to the other world, while the second wants to rob Jane, appropriating her legacy, left to her until the full age by her parents. She's trying to start a new life in paternal house, but she heard rumors that her ex-fiancé calls her to marry him, despite the fact that Jane had a new one. Yet, she returned to school to learn the news of the conflagration and see her future husband fire-crippled. She stays with him and gives birth to a son.
Last Update:April, 19th 2016