Adventures of Tom Sawyer, The review 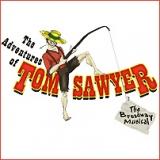 Adventures of Tom Sawyer, The review

We are lament of so impressively rapid completion of this Broadway show – it had to run a total of 13 plays for 2 months in 2001 only. Since then, without being restarted. This suggests that its creators did not see there any spark. Maybe, as well as the audience. Because only children had sparkles of mischief from this play in their eyes after viewing, but not adults. They grew out of such irrepressible energy and spouted childhood, when you want something to do, to run somewhere and go in some pleasant and not quite pleasant situations. Now, after they become solid, such a lovely plays with a rather mundane problems like when Huck cannot read or what they saw in the cemetery as someone kills someone. The first problem is solved by giving son or daughter to school. And the second – by calling the police. But customs vary at all times, and there is nothing we can do about it. And if you do some entertainment programs for children, many people now prefer to put children in front of the TV, so they watched cartoons or any special children's shows, free or by cable TV. Do not need to go anywhere and to tolerate children's performance for several hours. At least, so we think that such considerations were dominant in the minds of parents who simply stopped going to this show, which influenced its closure. Otherwise, what other reasons for this?

The show was brilliant throughout – in authentic costumes; alive and thoroughly taken scenery, which changes from scene to scene, from act to act; hot passionarity of main actors who portrayed Tom and Huckleberry. Music turned out very charming – I Can Read by the actor who portrayed Huckleberry was so good!

What the show did not have – a couple of things. The greater depth of the main character – a girl Becky, whom Tom loved, we should expect. The viewer simply couldn’t understand clearly why, in addition to her external charm, Tom has become so attracted to her. And there had to be more boyish friendship between the main heroes – they perform only one song together, and only at the end. This, according to critics, was one of the greatest blunders. Adding here a couple of songs together at the beginning – it would be just great!
All the actors played their roles, recognized by the audience as perfectly coped. With the exception of one – the role of Tom. He did not give his charm, which is inherent to the book’s hero. There is even an opinion that the cast of Tom and Huck had to be reversed and then the show would have been much brighter. Although there are no claims to the technical performance of Tom’ part. He would better possess more professionalism for the best.

Conclusion – it is a great show, with a few flaws, perfect for the evening with the kids. But closed because of unpopularity. You can go with your children to Disneyland – it surely will be not closed within the nearest 100 years.
Last Update:April, 06th 2016