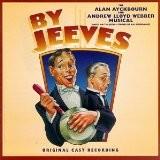 Tim Rice & Andrew Lloyd Webber – the creators of this musical. In Britain, the writer P. G. Wodehouse is popular with his stories about the sharp-witted servant named Jeeves and Tim Rice wanted to make a musical based on them. After a couple of years of study, during which Tim Rice was excluded from the creators and then was restored again, the musical became ready.

Its original length was just epic – 4 hours and 45 minutes. Furthermore, it held 35 minutes of time till the first female character appeared on the stage, which was occupied entirely by men. One of the most important stories for the musical that tells the protagonist lies in the fact that he once met with three stupid girls from high society and their relationships dragged into a tight knot that threatened him with a scandal. But his savvy butler Jeeves unwrapped a bundle, but so deftly, as if cut the Gordian knot.

It has been decided to shorten the length of the musical, which attempts met resistance of the main actors.

David Cullen wrote the music together with Andrew Lloyd Webber, with the participation of several others.

The show originally opened in London in 1975, with the actors: B. Marsden, D. Hemmings, D. Wood, M. Aldridge, B. Wallis, G. Drake, J. Turner, D. Bowen, A. Easterling & G. Clyde. E. Thompson, who was director of the show was changed to D. Ayckbourn before the start of the musical, and the choreographer was C. Bruce. The show lasted only 38 plays and has been closed because of the negative reviews from spectators. Record of songs from the musical, however, was published and a few copies were even sold before Lloyd Webber has withdrawn it from circulation, wanting to use the songs in his future musicals. Therefore, the original album is valued at the market very high.
Release date: 1996
Last Update:January, 13th 2016