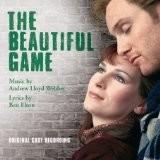 Over 11 months this musical continued after its premiere performance in 2000 in London at the Cambridge Theatre. Director was Robert Carsen. A choreographer – Meryl Tankard. Lloyd Webber is the one who wrote the music. Libretto and lyrics were written by Ben Elton. Music admired with everything – because it is the Maestro himself, who always creates something majestic and magically beautiful. But the rest – that was done by Ben Elton – was defied mercilessly by criticism and only one person really liked the book and the words as bold and delicious. In contrast to him, the rest of the critics simply festered Ben, saying that he wrote the predictable story, not thoughtful and openly scoffed at the results of his labor.

The show never made it to Broadway, but was able to get to Australia and in 2016 it is already known that in August, the Western Australian Academy of Performing Arts will be taken the staging of the musical, directed by Meryl Tankard, which will also be responsible for the choreography.

In 2009 in Winnipeg, Canada, musical, reworked, reinterpreted and re-named as The Boys in the Photograph, was played from April till September of the same year. After – it moved to Toronto, Canada. The rethought version was more vivid and life-affirming in the finale.