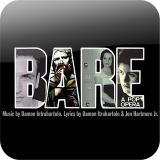 Hudson Theatre hosted the performances of the play in the period of 2000 – 2001 (in Los Angeles), and then off-Broadway show was in 2004 in New York, American Theatre of Actors. After another 4 years, the play was staged in the Southwest Regional Premiere in Texas. The first two productions were performed by director Kristin Hanggi and the third – by Cheryl Denson. Another 2 years took to drove show to Canada, where in Toronto in 2010, the play was staged at Hart House Theatre. Sydney hosted the play in the same 2010 in the theater with a very plain name New Theatre. Complex Performing Arts Center in 2011 received the show for two weeks in July of the same year.

Less professional performances took place in Manila in 2009 and 2012, and York, UK took the play again in 2012, in York St. John University, as a semi-closed display. Winnipeg saw the musical in late 2012, and the Belgian version of it lasted only eight performances, however, it was amateurs playing, not by professional actors.

Stafford Arima did two performances in December 2012 at New World Stages, and occasionally showed as a variegated production at various theaters and in student circles often, starting from 2010. All of the USA were covered during 2010-2014 and San Diego in its Diversionary Theatre seeing a play in 2014.

Since the situation that is depicted in the musical, is close enough in spirit to all students, it is a frequent guest in the student shows, including Cambridge, which took it in 2015, directed by Sarah Mercer.