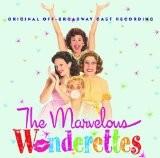 This is a comedy musical based on the book by R. Bean. Throughout its history, it appeared 5 times at the scenes of big theatre, but the most popular and quality is considered to be Off-Broadway version. The project takes viewers in 50th years of 20th century in some average school and tells the story of four friends who get the chance to compete for the title of Prom Queen. Throughout the play, several supremely cheerful compositions are used.

The first show of the musical took place on September 2008 in the Westside Theatre of New York. The play was written and directed by R. Bean. The team also includes sound & vocal arranger B. W. Baker, choreographer J. Miller, costume designer B. Pearce & lighting designer C. S. Myers. Off-Broadway’s shows lasted more than a year and a half and were closed on January 2010. The project has received two nominations from the Drama Desk Award, and was able to win the main prize of Gypsy of the Year Awards.