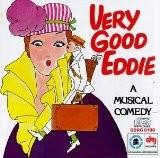 Passenger ship is going down the river. It stops at the pier of Poughkeepsie. Dick, a young journalist, crushes in lassie Elsie – a vocal teacher’s student. He convinces the professor that he desires to interview the girl for the magazine. But the young lady is not very accessible – she heard a lot about love affairs of the journalist.

Newlyweds travel on board of this vessel – Eddie & Georgina. Man is short & his tall wife treats him condescendingly, commands & goads him Eddie. Georgina wondered whom he had loved before the marriage & her husband reveals he was crushed once in a beauty named Elsie. Another couple also spends honeymoon along with them are Percy & Elsie. In their case, the husband is big & tall, he patronizes over his short-heighted wife. Two pairs of newlyweds meet & it turns out that men are college friends – they are very happy of this meeting. Georgina & Percy go ashore. He had some business to deal with & she had to deal with the missing luggage of her husband.

The vessel unexpectedly departs. Two stayed on board, remained on board, don’t know where to run, are confused, since they not used to solve everyday problems independently. A pair agrees to go ashore at the closest stop & to go back. But they entirely have no money – all the money took their ‘big spouses’, there is nothing even to pay for food. Eddie sees on board his friend Dick & asks him for some money, presenting another man's wife as his own. The journalist gives him twenty dollars as a gift for the honeymoon. Supposed husband feels free & treats everyone with the champagne.

At the closest station, a couple of sufferers understands that they cannot turn back, so they must stay in a hotel with the rest of passengers from their vessel. A couple hires two individual rooms, surprising a journalist & hotel’s receptionist – they cannot understand how the newlywed couple could live separately. Elsie says to her imaginary husband that they need to destroy the hotel’s registration book, as it may become a formal reason for the divorce of the both. He makes his way to the register at night & spills it completely with ink. At night, a girl comes to him & asks protection from mice in her room and the guy cares of the girl as he can.

A journalist attempts to woo a young singer, in whom he is crushed. A girl eventually begins to respond in return. At the same time, Georgina & Percy come in that very same hotel. They cannot see whether their spouses staying here, since the registration book is spoiled with ink. They also stop here for the night, renting two separate rooms, surprising bell-guy again.

On the morning journalist meets Georgina & Percy & informs them that a young married couple of Eddie & Elsie lives in this hotel & yesterday all drank champagne for their health, being treated by the happy fiancé. Naturally, the newcomers are not delighted with such news. When they are met, starts a scandal, but Eddie, who get used to take responsibility over the past day, explains everything & the conflict is happily resolved.
Last Update:July, 25th 2016