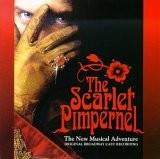 In the midst of Great French Revolution, actress Marguerite fell in love with Sir Percy & agreed to marry him. Soon the actress announced their intention to public. Hearing this, Chauvelin – former lover of Marguerite – was infuriated. Being a revolutionary, he hated the aristocrats. In the night of Percy’s, the actress’ & her brother’s departure, Chauvelin using blackmail forced the woman to tell about the Marquis de St.-Cyr – he was a friend of the groom of Marguerite. Soon nobleman & his family were executed. After the wedding, Percy heard that Marguerite was involved in the death of de St.-Cyr. The relationship between the spouses began to chill.

The Englishman decided to right the wrongs committed by his wife. He gathered companions of noblemen to fight with the French revolutionary authorities. Percy took the pseudonym ‘The Scarlet Pimpernel’. For the removal of the possible tail, aristocrats spent their time in seemingly carefree fun. When the participants of ‘The Scarlet Pimpernel’ League saved a lot of Frenchmen, Chauvelin decided to expose these secret helpers. Marguerite did not understand why her husband had changed so much after the wedding – a secret activity of Percy was concealed from a woman. Suddenly in England came Chauvelin. He tried to make the actress help him in finding the League’s supporters, but Marguerite refused to cooperate with the officer. Soon Percy knew about their meeting. Now he was sure that his wife cannot be trusted. & yet, the man continued to secretly love Marguerite.

Soon, Percy & his friends were invited to the royal palace. Nobles persuaded the Prince that their trips to France only needed to buy laces & having entertainment. In such way, they avoided the suspicion of involvement in the League. Chauvelin once again came to Marguerite. He told the actress that her brother was arrested as a member of the League & he could face the death penalty. The officer demanded that the woman exposed the Scarlet. Otherwise Armand would die. At the Royal ball, Marguerite asked her friend Percy to arrange a meeting with the Scarlet. Saw her masked husband, the woman admitted that she was blackmailed by Chauvelin, who demanded to reveal the identity of the leader of the League. The actress pleaded Scarlet to save Armand. Percy was happy to know that his wife was just a victim of circumstances. Soon, the Englishman with his comrades went to save Armand. Marguerite also secretly went to Paris.

The woman tried to secretly obtain information about her brother, but Chauvelin revealed her & the actress was thrown into prison. The officer decided that he would execute his former lover. Suddenly, Armand helped Marguerite to get out of the jail. When they went on members’ of the League meeting, they exposed a place to Chauvelin, who organized Marguerite’s escape to follow her. Marguerite learned the secret of her husband. Percy struggled with the officer at swords & lost him. Soon the head of the Englishman was cut down on a guillotine. Chauvelin sent troops to report on the execution of the Scarlet. Surprisingly, it was found out that Percy was alive – on the scaffold was his wax replica. The remaining soldiers with the official were supporters of the League. Binding Chauvelin, they placed beside him many evidences pointed to the fact that the official himself was the Pimpernel. Then Percy, Marguerite & Armand with his friends went home.
Last Update:July, 13th 2016