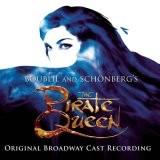 The action takes place in the XVI century’s Ireland, run by warring families. Most of them with their people were living on the ground, but others, like O'Malley clan – most time spend at water in the ocean. English ruler wants to join this country & constantly leading wars with the country. In response, the pirates of O'Malley’s start to attack ships of Britain. Girl Grace is 18 & she was a sibling of family’s leader. Since childhood, she warmly loves her friend – the sailor, with whom they hone skills on the swords battle. A girl secretly reveals to her parent about aspiration to sail, but he strongly opposed, because the only event where a woman can rise up on the ship is christening. Angry at her, father prohibits the daughter to enter the ship.

Instead of going ashore, a girl disguised as a cabin boy & acceded to the men's team of the ship ‘The Pirate Queen’ & sailed in a journey. At sea, the team is captured by terrible storm & the girl, showing high dexterity & courage, helped the ship not to be shattered. What was the surprise & anger of the team when in this brave person was discovered the daughter of captain! Because all sailors knew than a woman on board is a sure sign of fast trouble. The leader of the clan, though angry, but cannot hide own pride in her courageous act. He allows her daughter to stay on the ship. One night, in anticipation of the team’s plan to attack British ship with treasures, the British warship attacked The Pirate Queen first. The head of the clan has been wounded in battle & his leadership duties were taken over by his daughter. Thanks to courage of a girl, the Irish people took over the British. Her father, realizing how strong daughter he had raised, contrary to traditions, decided to train her how to be a marine captain.

Meanwhile, in England, Queen Elizabeth settled the throne & ordered her army to suppress Irish rebels by any means necessary & to kill a girl-pirate. In order to protect their lands, O'Malley clan does the unprecedented measure: they are trying to sign a temporary truce with O'Flaherty clan. The other side puts forward a condition: the families will unite only if the daughter of Captain & son of O'Flaherty’s will marry. The girl, though does not want to become an unloved wife, understands the importance of such a step. Her beloved, a sailor, no matter how hard it was for him, decides to stay beside her, because one day she might need his help. During skirmishes with the British, girl took command in her hands & lured the English people into the trap. Her husband secretly hoped that after her father's death, he becomes the head of the two clans. However, in the last moments of his life, the leader of O'Malley blesses his daughter to rule over all Irish nation. During the next battle, she overheard a conversation: her husband wanted to give up his people by dealing with the enemy. In a rage, she banished the traitor from her life. But he conceives to betray his people & do enter into a deal with the British.

One morning, the British warriors suddenly broke into the city & captured the leader. For 7 years, she was in prison, but her beloved sailor asked for mercy from Her Majesty Queen, to liberate a woman, instead taking him into imprisonment. Queen is fascinated by such an act & gives her consent. Returning to Ireland, suffering of the English looting, a girl finds robbed land & poor people. She asked the queen of mercy & the queen finally changes the temper justice with mercy: she gives the order to return the lands to Irish people & to release the sailor from prison. So many years Queen fiercely hated woman-pirate, but now she became fascinated by her courage & loyalty to own people. Finally, loving hearts were able to be together on a peaceful land, to wisely govern their Ireland.
Last Update:July, 06th 2016