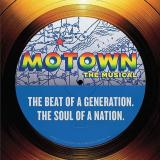 It is not just a plain spectacular – it is an amazing trip though the life of a famous and talented person and his friends. The production attracts the audience for its story, which is a real one. The viewers see, how the talents are discovered, and how people try to reach their dreams. All the obstacles and hardships are displayed. We may see what a great job has been done by Berry Gordy and his mates. Their relations are also a part of the storyline. They are both professional and friendly.

The main thing in this performance is, of course, the songs. All the well-known hits, recorded by Motown, are presented here. The voices of the singers fit the songs perfectly. You can see a young guy, playing Michael Jackson and many other unbelievably gifted Afro-American actors and actresses. The performance of the leading actress, playing Diane Ross, is outstanding. The dances are wonderful thanks to a talented choreographer Patricia Wilcox. The costumes should also be mentioned as one of the benefits of the musical. They are not just mesmerizing, they reflect the time of action. The designer did the best creating them. The hairstyles also deserve our attention. They are original and match the time, when the spectacle takes place.

Certain critics tell that the show lacks the storyline. It is true, as there are more than fifty songs, some of which are performed as concert versions. They claim, the performers come and go away too fast. That’s why those people, who prefer to concentrate on the plot, will probably not like it. But all the rest will be able to estimate highly the miraculous work of the actors and their abilities to sing and dance.

Despite the critics’ response, the production has become very demanded and popular among the audience. So many performances have been shown since its opening in 2013. In 2016, it is going to be revived. It is possible to book tickets already. It possibly denotes how people like this simple and true performance. The reason probably lies in the songs. They are legendary and will remain famous for a very long time. They still touch our hearts despite the fact that they are old enough.

In this musical, there are no complications, no drama or tragedy. All we see is just life of the main character, who is working to fulfil his dream. His past, present and all his way through life are displayed. It seems there is nothing special, but we still like it. If you want to listen to beautiful songs, enjoy interesting costumes and see magnificent dances – watch this musical & get pleasure.
Last Update:May, 16th 2016