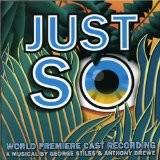 Strange costumes, bright personalities, unusual hats and plot. Crocodile is like two halves of a green suitcase covered with party paper. Freestyle and frivolous style of dress, no hesitation to get on the clothes, which not decorate, but does make actors look like clowns or parodies – the lot of low-grade humor, like Nigerian. Following the title, in this musical things happen not through the invincible story, it does not follow the cause-and-effect relationship, or logical sequence, but simply because they can occur in some parallel universe of the theater. Theatre as always, do not particularly recognize the laws of logic and humans, there are some things like ex machina, that can be not masked and hidden anymore, hot holding 8 trump aces in the sleeve. This theatrical has the courage to admit directly that promotes harlequinade. Tomfoolery. Stage pandemonium. Any term that describes the unreal twists and turns of moves in this play, worthy of life, if this histrionics lives next to us.

Of course, because of so easy and simple format of presenting information, the play has become very audacious, especially for children who were happy to visit the production. Costumes that for adults may seem strange and not combined, in the children's world at once acquire the outlines of cute little animals and all clearly understand, where is the crocodile, and where, for example, the crab or an elephant. The Daily Telegraph fully agreed with these characteristics of this musical.

Version of 2002 came already elaborated otherwise than original, it is in fact different from all previous versions. A version of the 2004 supported 2002nd one, bringing visually indistinguishable differences. In 2004 was the same team, the same creator and the same director. The original authors of the idea – A. Drewe & G. Stiles (known to us from other loud creatures as Mary Poppins & Honk!), in subsequent stagings have not been actively involved (apparently sold their rights on it). Thanks to them, it turned as an interesting fusion of fantasy, play, singing and vivid costumes, where equally stupid and contrast may look both adult actors and children, if the children's formats of this play will ever be delivered.

At the time of writing, the project is aged 32 years, and the last time it stepped on the stage when celebrated 25th anniversary – a quarter of a century! Eclectic and narrative story, which literally throws us into a parallel reality – all this was worthy to entertain the motliest audience for such a long time!
Last Update:April, 19th 2016