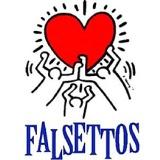 Of these girls,
Which should I invite to my bar mitzvah'
I've a problem to flaunt:
I don't want the girls I should want.

(His family cheers him on at the baseball game)

I want girls for whom I lust,
Girls who wear a lot of makeup,
Girls who smoke and show their bust,
Girls with whom I always wake up-

(Jason misses the ball, the guy says 'strike one!', his family is sad)

Excluding them, I find exciting.
And I'm left with them, I'll be inviting.
Selecting girls for one's bar mitzvah.
God, that's the miracle of Judaism.

(Jason freaking misses the ball again, the guy says 'strike three, you're out!')