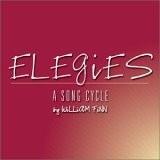 Due to the simplicity of the format of spectacle (a collection of songs rather than classic musical), it's easy to play it on almost every stage, with any level of professionalism of the actors and the entire production team. Most of its notable shows were made in:

As for non-professional performances, they were more than a hundred, in various versions, including the execution of separate songs at some events, as in the example in "Video" section, where the first song is performed in some restaurant.
Release date: 2003
Last Update:February, 24th 2016