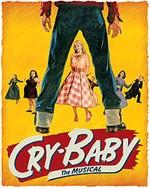 This musical is the stage version of Cry-Baby motion picture, where a young Johnny Depp starred. The film has collected USD 8.2 million in its box office vs. USD 12 M of shooting expenditures. Its first premiere was in California in 2007, where a musical stayed for 2 months, running in front of Broadway. In Marquis Theatre, it opened at the beginning of the spring season and lasted for only 113 performances, including the preliminary ones. Because of its low popularity, there were also morning stagings, but still it was closed in July 2008. The director of the show was Mark Brokaw, choreography was done by R. Ashford. Recording of songs on CD occurred in 2015, 7 years after the closure of the show on Broadway.

Missouri State saw the revival of the play in New Line Theatre in 2012. The composition of the cast was less than on Broadway – a total of 16 people and 6 members of the orchestra. Therefore, under the reduced number of participants, music and libretto have been rewritten. This production was the only professional, except for Broadway one, until 2015, when in Melbourne, FL theater company has released a new show, purchasing the rights to produce it. Hank Rion was director and choreographer was A. C. Manis.
Release date: 2008
Last Update:January, 19th 2016