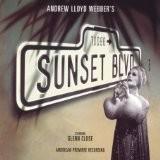 Critics’ opinions were mixed. Some observers noticed in the musical a sort of cynicism, and suggested that it is unlikely to become very popular. In early 1994, it became clear that musical no longer triggers the excitement, and in April 1994, management decided to close it. But exactly one year later, the musical has experienced a revival. The main roles went to B. Buckley & J. Barrowman. Scenery was also changed and now critics have been much softer about this re-born brainchild. They all concluded that a new play was at times better than the previous one.

In 1993, the musical was staged in the Shubert Theatre (in Los Angeles), and in 1994 – in New York’s Minskoff Theatre. The first version has experienced more than 350 productions, and the second one – more than 900. Tickets were sold with an explosion speed and the pre-opening night of the show in New York even won the first place of the number of tickets sold in the pre-opening night of the Broadway show.
Release date: 1994
Last Update:July, 13th 2016