Wizard Of Oz, The review 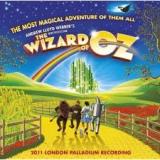 Wizard Of Oz, The review

Fans of Broadway children's classics ‘The Wizard Of Oz’ will love it. Of course, it can capture the imagination of adult beholders too. Many critics agreed that the visual components, the design of the castle of the Wicked Witch, scenography of Oz, the tricks of The Wizard would remain in the memory for a long time.

Considering many changes made over more than a century of its existence on the stage, the stylistics of the modern musical play is almost perfect. With all its brightness and effectiveness, it is more like a spectacle, where there are not only fantastical numbers, but also magic tricks, embedded music, lyrics, and fancy dialogues. Everything that happens on stage is seen very much alive, design of costumes and scenery strike imagination.

As for the music part, some of the critics were directed towards the homogeneity of musical themes, not giving the opportunity to the audience to experience a rich palette of emotions and feelings while watching the show. However, in the latter versions, in which invested their efforts Andrew Lloyd Webber and Tim Rice, this is hardly noticeable. Musical supplemented with many new songs, arrangements, introduced additional characters. It had complicated at first rather simple main plot, making it much more interesting. Yes, it was not so dramatic, but it gives food for thought. After all, it is clearly understood that it is not the Wizard who grants wishes, but the heroes were able to achieve everything themselves.

We must understand that unlike the musical ‘The Wiz’ with the same basis for the book (where all the actors are African Americans), which showcases the fiery jazz and African-American musical culture, The Wizard Of Oz is a classic Broadway musical variant of the immortal works of L. F. Baum. Due to worldwide fame of Baum’s novel, excerpts from this musical are often staged in school by students. Every year more and more people take the stage for this show.
Last Update:July, 29th 2016