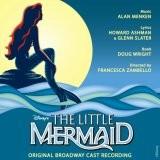 
[URSULA, spoken]
My dear, sweet child--it's what I live for: to help unfortunate merfolk like yourself.
Poor souls with no one else to turn to. . .

I admit that in the past I've been a nasty
They weren't kidding when they called me, well, a witch
But you'll find that nowadays
I've mended all my ways
Repented, seen the light, and made a switch
True? Yes.

And I fortunately know a little magic
It's a talent that I always have possessed
And here lately, please don't laugh
I use it on behalf
Of the miserable, the lonely, and depressed
(Pathetic!)

Poor unfortunate souls
In pain, in need
This one longing to be thinner
That one wants to get the girl
And do I help them?
Yes, indeed!

Those poor unfortunate souls
So sad, so true
They come flocking to my cauldron
Crying, "Spells, Ursula, please!"
And I help them
Yes I do!

Now, it's happened once or twice
Someone couldn't pay the price
And I'm afraid I had to rake 'em 'cross the coals
Yes, I've had the odd complaint
But on the whole I've been a saint
To those poor unfortunate souls

[URSULA, spoken]
Here's my best offer, babykins. I know a spell that will turn you into a human for three days. Now, it's got a procedural clause, sort of a "squid pro quo." Before the sun sets on the third day, you've got to get dear ol' princey to kiss you. If you do, you'll stay human forever.

[URSULA, spoken]
Nothing drastic, darling, I'm sure. . . Oh, look--small print: "Your soul is mine forever, and you're doomed to spend eternity in my watery, hell-soaked lair." Lawyers! Don't you just love 'em? Of course, there is one more thing. . . my fee.

[ARIEL, spoken]
But I don't have anything!

[ARIEL, spoken]
My voice? But if I give away my voice, how can I ever--

[URSULA]
You'll have your looks. . . your pretty face. . . and don't underestimate the power of body language!

The men up there don't like a lot of blabber
They think a girl who gossips is a bore!
Yet on land it's much preferred for ladies not to say a word
And after all, dear, what is idle prattle for?

Come on, they're not all that impressed with conversation
True gentlemen avoid it when they can
But they dote and swoon and fawn
On a lady who's withdrawn
It's she who holds her tongue who gets a man

Come on you poor unfortunate soul
Go ahead!
Make your choice!
I'm a very busy woman
And I haven't got all day
It won't cost much
Just your voice!

Now, sing! Sing your voice over to me!