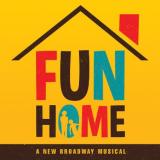 Intricate plot, in which several storylines are interwoven that are created by the same people, only at different times of their life and age.

In the first age is 10-years-old teenager, a girl who is just beginning to be aware of personal oomph, and she had no one to share it, because her father is busy in some second-hand artifacts out of the barn of his neighbor. This interval also shows her father, who not only failed to find a right place in the life, but also is gay, who tries to seduce several young men, starting from one, whom he hired to work in the garden. Father presses on her daughter largely, in terms of behavior and on his wife, imposing his strange tastes in the design of their home. Dad forces her to wear on some dresses party, a regular dress, though she prefers a jacket, not a classical women’s attire. When a girl gets a school assignment to draw a map of where their family has visited, she comes for advice to dad, but he aggressively tells her that the map is actually a small town, in which has passed the whole cycle of his life, despite the fact that they had driven over Eurasia. Father does not leave attempts to do intercourse with boys, suggesting underage one to have a ride, with alcohol. When he succeeded in the last event, he was arrested, and soon he has to go to jail and undergo a rehabilitation course by a psychiatrist. When they come home for him, he starts a quarrel with them, resulting in his violent take-away. Girl tired of the fact that she did not have a good family, where all the members love each other. In addition, her father repeatedly ran away, leaving the children alone, even in new cities.

In the second age, she is already an adolescent woman, now she goes to college, though strongly indicates that she is frightened of new independent life. There she met with one of the active lesbians and understands that her own focus is the same. She receives the first experience of one-gender copulation with that girl. She writes a letter to the parents, telling that she now has changed her orientation. After the letter was read by her father, he suddenly died and now she blames herself for his death, because she sees a direct causal link between writing and death.

In the story – a while later, but in real time – some time before, already grown-up girl comes to visit parents with her college friend and mother tells her that a marriage with dad turned into nothingness for her, a waste of time and she never had a chance to realize own ambitions. Boundaries of time gradually blurred and we see a woman in the middle age fades out and is incorporated with an adult her as she rides in a car with her alive father. Now a grown woman, she as was divided into 3 parts and remembers what a good time she had with all her three hypostasis, young, middle, and an adult; as they played with their father in running airplanes. Her father entered the roadway under the wheels of the truck flying at him, because he could not find peace with himself.
Last Update:April, 06th 2016