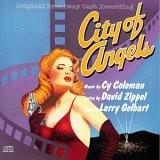 A week ago, a private detective named Stone received new case from a beautiful woman named Alaura, who asked him to track down her missing stepdaughter. Then, when a man named Stine appears on stage, we understand that Stone actually is a figment of the imagination of Stine, and so Stone is the character of his new adventure-detective novel, which comes out of his head, thanks to the writers' fantasy of Stine. Narrative about the fate of these two people on the stage are beginning to weave in the story and now we see how Stone lying on a gurney in a hospital with a broken heart, an empty wallet and a bullet in the shoulder. Wife of Stine wants him to devote more time to his novels, but he prefers to live at the expense of his rich publisher, Buddy Fidler, resulting, for the most part, in his penchant for beautiful women.

One of the former partners of Stone, police Lt. Munoz, experience hostility to Stone, because could not nail him for the murder of one of the producers of Hollywood in the past, who molested his then-girlfriend. Stine took his secretary, Donna in his novel to be a prototype, and Stone pretty much copied from himself, giving a hero many of own features.

Came to the estate to his employer, Alaura, Stone sees her greedy and petty family – lustful son, a husband who cannot live without artificial lung, as well as quack-medicine man who visits them, not for the treatment of her husband, but for the sake of defrauding money. In a fit of disgust, he wants to give up the case, but he proves the opposite by Alaura, mainly by banking cheque for his services. Alaura proved to be depicted from the prototype of the wife of Buddy.

Through a series of events in finding missing stepdaughter, Stone finds her in his bed, but does not give in to the temptation. Whereas Stine is leaved by his wife and he is comforted by his secretary in her bed. Publisher severely criticized a novel about Stone and Stine experience aversion to his character. The journalist breaks to his apartment and pictures the naked maiden in his bed, and he shoots him from his gun. Munoz gladly locks Stine down in the prison for that.

Stone visited in prison only by his secretary that is taken from Donna, who feels sympathy for Stone because he is the only one among the many men did not deceive her. Someone bails him, and then Stone is beaten-up by two thugs. Stine has problems because he now has no money for own favorable social life, and his wife finds out about his infidelity with a secretary. Though he tries to justify oneself in front of her, she did not believe him and he goes to a brothel.

Alaura is a woman who earns by murdering her husbands. Now she has lost her son somewhere, along with stepdaughter & doctor. When Stone enters her house, she just wanted to turn off the life support system of her husband, but Stone tried to stop her. At that same moment, her lover clutched a gun, and after bursting the shots, Stone ended up with a bullet in his shoulder & Alaura has appeared to be murdered. Stine’s boss fires him because he flared up against him. And he did so because Stone will be depicted on the film by some empty shallow person, and the name of his boss, Buddy, turned over his name in the list of writers of the script.
Last Update:April, 06th 2016