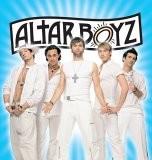 These five boys look something like a pathetic parody of the Backstreet Boys, and present a whole impression as of Jewish boy's band. One is Latino, the second is Hebrew, third is Europeans, the fourth is Asian, and fifth is the average American. Motley crew, really. Over time, the composition of musical has changed, but invariably they remained five. After the regular changes, all this national diversity has completely disappeared and they began to be averaged, beautiful, very nice and everyone, without exception, had American look, of Caucasian ethnicity.

The essence of the musical in playing on the difference of people, to convey to the audience the idea that we are all not same and it is good. They do not shine with elegant voices, but the production of this style may not differ with impeccable sound. Singers clearly praise Jesus (“Jesus called me on my cellphone” – well, can this happen in normal life, not in a drugged-up delirium?). Singing in churches when there is a selected chorus to make some rock gospel would sound better than this.

All songs of this are attempt to convey to people that Jesus loves all and the Church receives all. Forgetting about the horrors of the Inquisition in Europe of 12 – 17 centuries, during the so-called "dark ages", where more than half of the millennium (only think about!) the Church forbade human development; therefore, all were in terrible ignorance, poverty and endless deaths from lack of medicine. The Inquisition would burn these performers in the fires, if they dare to sing same at those times, as preachers of Satan. And now it is considered OK – this song is aimed at popularization of the Catholic Church – the most cruel ruler of all time and the largest landowner in the world (really, you can check yourself). They still have enough wealth. Well, okay – let everyone decide for himself – whether to serve this infinitely merciful Lord or to find the joy of being with some other, more humane religion – Buddhism, for example.

They read rap, singing gospel, pop and several other genres. Sometimes they give some jokes based on their appearance or movements. Clearly understandable jokes to the general public and everyone laugh.

A wide variety of musical instruments that are used in the play, as well as all that aura of carelessness, which is inherent to this spectacle, puts us with a difficult choice to decide – whether this play is for young people (in the same approximate age as these young people, the main actors) or is it for the children, whose minds are not yet formed.

NY Musical Theater Festival opened this production in 2004. The salt here is made mainly on the exceptional voice data, but not on various material. There are almost no words said, only singing.