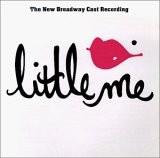 This histrionics based on the P. Dennis’ novel. The book contains very private memoirs of fictional star of theater, film & TV named Belle. N. Simon wrote the script to the project. Music is the creation of Cy Coleman, lyrics & songs belong to C. Leigh. All they are leading theatrical figures, therefore, their future creation has been in advance prophesized to have a great success.

Staging of Little Me is somewhat unique in the theater’s area, as it has been produces three times with a break of 36 years on Broadway. And all three times were more & more successful: the musical received critical praises and a number of prestigious awards: 9 nominations for Tony in 1963 and 1 win, plus 1 win of Theatre World Award; 3 Tonies nominations in 1982; 1 Tony win in 1999 and 3 more nominations, plus 2 Drama Desks in 1999.

The last Broadway’s appearance of the play was on 1998. Almost 100 performances were delivered along with 43 preliminaries. Rob Marshall choreographed & directed. This fellow is known in the world of cinema for the film Memoirs of Geisha. But he did even more: he received 4 Tony nominations in the period 1993-1998, shoot 11 films in period 1995-2014, among which such hits as: Victor/Victoria, mega huge hit Chicago, Pirates of the Carribean and Into the Woods in 2014. The latter was tremendously magnificent creation!

Stars here were: F. Prince & Martin Short. Last one is also a star of the scene, lesser amount of achievements he has in cinemas. Rob Marshall said that they were happy to have Marty engaged, as production with his participation takes place with ease & very productively.
Release date: 1999
Last Update:April, 21st 2016