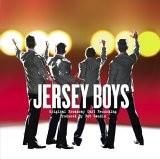 Preliminary runs of this spectacular started in 2005 & official opening of the histrionics was the same year in August Wilson Theatre. In the original cast, such actors starred: D. Reichard, J. L. Young, C. Hoff & R. Spencer. The play is still possible to be caught on Broadway that has made it one of the most long-running stagings (the twelfth at the current time, as official sources say).

In London's West End, there were charity shows. All the money went in the Entertainment Fund & Children In Need, collecting money for various social needs. It must be said that they managed to gather enough as tickets for shows were in demand. The first national US tour of the musical took place on 2006. Staging had time to visit Australia in Melbourne on The independence Day in 2009 for a whole year, in Sydney it was from 2010 to 2011 & in Auckland – 3 months in 2012.

Musical did not bypass South Africa, driving with tours almost the entire country from 2012 to 2013. Another US tour was planned for March 2016 in order to drive around the country with performances for one year, up to 2017.

The original recording of the musical was made by Rhino Entertainment & released in 2005 & in 2007. It won the Grammy Award for Best Album. The production was nominated for Tony Award & Drama Desk, collecting 6 Awards amongst all 16 nominations, including also for Best Musical. In London, it has been awarded in 2008. It took Laurence Olivier in 5 categories, one as the Best New Musical. In 2014, Clint Eastwood filmed eponymous film based on it that received many positive reviews & ratings.
Release date: 2005
Last Update:April, 19th 2016