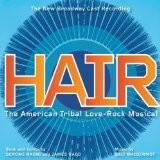 The opening took place on Broadway in 1968, in the Biltmore Theatre, under the direction of T. O'Horgan; J. Arenal was responsible for choreography. Amongst the rest of the creators were: R. Wagner (sets), N. Potts (wardrobe), J. Fisher (lights). The cast was the following: Diane Keaton (the only star among them, but at that time, not yet gained her great popularity), L. Kellogg, P. Jabara, L. Washington, R. Dyson, S. Eaton, S. Curry & M. Moore. An additional composition was: K. Milford, B. Vereen, B. Bremers, K. Carradine, E. Rambeau, B. McGuire, V. S. Robinson, T. Lange, H. MacRae, M. Loaf, R. McNamara, K. Seymour, P. Castro & J. Butler.

The production completely paid off, because it was going for 4 years and gave 1750 exhibitions, to close in 1972. In addition to the Broadway version of the show, it was also noted in more than 300 places. Thus, in the West Coast, in Los Angeles, show displayed for 2 years, which was unprecedented, at that time, duration for LA. Then show managed to reveal 10 simultaneous exhibitions in the USA, including the tour. The creative team of Broadway has participated in at least three subsequent versions: in San Francisco, LA & Chicago. The reason why in the parallel with Broadway was opened so many productions – the director had a desire to bring with show to the public that the war in Vietnam is a bad thing and must be finished quickly.

London’s West End saw histrionics in 1968, with the same team, and for the start of the show, it even had to cancel the current Act, which prohibited nudity and swear words in the theater. Actors were: Tim Curry, S. Kristina, R. O'Brien, P. Straker, O. Tobias, P. Nicholas, A. Harvey, M. Moore, F. Benjamin, E. Paige, M. Hunt & P. Korda. Tim Curry played his first part of the first plan in his life in the theater. The show was closed only in 1973, when, having given almost 2,000 hits, closure was forced, because of the collapse of the roof of the theater.
Release date: 1967
Last Update:March, 10th 2016