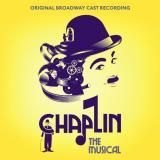 Warren Carlyle was the director and choreographer of this production. Musical twice changed its name, but it did not help much – it had just as much as 160 shows, including the previews, when it was shut down. Music and libretto was written by C. Curtis, and he was an author of the dialogues. T. Meehan helped him with writing the book. It is a storyline of life of a man named Charlie Chaplin. New York Musical took premiere of the show in 2006, under the frames of Theatre Festival, where it saw the light. Then, in 2010, the theater called La Jolla Playhouse, located in sunny California held the pre-Broadway performances, and musical reached to Broadway in 2012. Michael Unger helped to Warren to do a musical. The design of the scene was made by A. Dodge, costumes were done by L. Cho, lighting set was made by P. Gallo & Jon Weston handled the sound. B. Perri was responsible for the music performance in general. The actors were as follows: K. Scott, R. McClure, J. Reiner-Harris, A. Brown, C. Nykanen, L. J. Benet, K. Norby, J. Colella, J. Noble, E. Korbich, A. Marie, B. S. Moriber, B. Liebert, R. Orbach, S. Edwards, R. Rusinek, J. M. Duval, J. Schwenke, M. P. Davis, M. Scott, C. Corey & A. Acosta.

Ethel Barrymore Theatre took the premiere of this musical in August where it was closed after 24 previews & 136 regular performances.
Release date: 2012
Last Update:January, 13th 2016