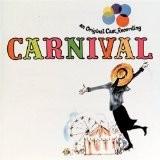 Washington D.C. hosted the premiere of this musical in 1961, where it held previews in the National Theatre before Broadway. Then the musical moved to Philadelphia at the end of March of the same year, and in April, it went to Broadway to make the premiere at 12th of April. Actors in the original show were as follows: J. Orbach, A. M. Alberghetti, H. Lascoe, J. Mitchell, P. Olaf & K. Ballard. Gower Champion was a director and additionally was responsible for the choreography. Musical started without overture, and stage decorations were visible to spectators, who were gathering for the show in the hall, because the curtain was raised. A very good start of the musical was praised to the skies by critics of that time, so much, as already the gods on Olympus would envy it. However, the show had only 719 musical performances, which by today's standards is considered to be only an above the average figure.

Anna Maria Alberghetti was chosen for the lead role because of the phenomenal 18 years of experience in singing in her 24 years old! She also appeared in some films, on TV and she had a great resume along. She also had an operatic voice, which was very much praised by critics. She previously had some experience playing on stage at 59 and 1960th respectively. For these reasons, she outpaced another favorite for this role – Carol Lawrence. Over time, the producer went hostile with Alberghetti in working relationship, very strongly. Because of his reproaches and taunts, she fell ill in hospital, and then never again played in the theater in musicals, in spite of winning the Tony for her performance here. Her understudy with now advertising family name Gillette, previously not famous, was replacing her so convincingly that she started to accept offerings for main roles on Broadway.