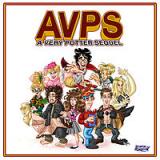 Lucius decided to travel back in time to destroy Potter during the studies at the School of Magic. Experiencing difficulty in finding express to get there, young Harry met the Weasleys’ family & get friends with his future friend & associate. A youngster learned that he is the single person who stayed alive after the attack of the impersonation of evil Voldemort. Also, he was informed about the assassinator Sirius, the one who presumably betrayed the Harry’s family. Harry with Ron met Miss Granger in the train. Professor Lupin was able to stop the followers of the one who shall not be named, who tried to kill Harry. In the School, a boy met a teacher Severus, who immediately disliked Harry. With the Scarf of Intimate Preferences, three of them have been identified as metrosexual, bi-interested & expecting-for-marriage. Talking Hat sent them to Gryffindor. Albus Dumbledore told students that Professor Lupin with Snape would coach the team for Quidditch. He also introduced Dolores Umbridge from the Ministry, who arrived to monitor the safety of the disciples because of escape of Sirius from the prison.

During the preparation of a hike to the next village, Dolores found out that Harry did not have permission from his parents. The boy was saved from punishment because Neville handed Dolores flowers from a supposed fan. Umbridge found out – it was a gift from Dumbledore. But she did not know that the director made a mistake by taking her for a man. Professor Lupin gave Potter the magic map of marauders, with which Harry was able to get out of school. Hermione decided to draw a werewolf from the Shrieking Shack & went inside. Harry & Ron barely rescued the girl. In the Forbidden Forest, monsters attacked the children, but the centaur Firenze protected them. In preparation for the Quidditch match, in the forest was found Lupin, naked & covered in blood. He said that this was his traditional ritual before the game. Dumbledore shared his problems with Snape. The director invited Umbridge to dinner & in the most intimate moment, he suddenly found out that she was a woman. Dolores said that her aim was to take the place of Dumbledore. Soon Harry met Sirius Black & learned that he had not betrayed his parents. Fugitive handed his godson the cloak of Potter family. Umbridge tried to detain students for helping the fugitive, but Dumbledore said that it was because of his support Black got into Hogwarts. Director escaped as he was faced with a choice between a kiss by Dementor or by Dolores.

Taking a place of Dumbledore, Umbridge established her orders in the school. She drove Professor Lupin away & began to scoff at the disciples. Lucius Malfoy from the future had almost finished Harry, but he was prevented by his son, also arrived in the past. Sirius & Lupin returned to Hogwarts to protect Potter. They told the boy about Pettigrew, who was responsible for the death of Harry’s parents. Finding a traitor disguised as the portrait, friends could not hold him, as Lupin transformed into a werewolf. Soon Dementors caught Sirius. Harry via Draco from the future managed to get back to the past, where he told Snape about what would happen later. When in the present students ran away from the Death Eaters, Malfoy decided to confront Lucius. Soon Draco learned that his mother conceived him from the house-elf Dobby. Professor Lupin destroyed Lucius Malfoy. During the battle with Umbridge, children were rescued by Firenze. Centaur took Dolores away with him to continue his race. Justified Sirius along with Lupin went traveling. Draco from the future confessed Hermione in love, but was rejected. Harry discussed with Dumbledore the past events & peace re-established in a school.
Last Update:August, 11th 2016