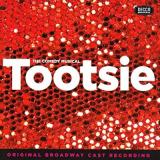 Tootsie is a musical comedy with music and lyrics by David Yazbek and a book by Robert Horn. The musical is based on the 1982 American comedy film of the same name written by Larry Gelbart, Barry Levinson (uncredited), Elaine May (uncredited) and Murray Schisgal from the story by Gelbart and Don McGuire. The musical made its world premiere try-out at the Cadillac Palace Theatre in Chicago in September 2018. Like the film, the musical tells the story of a talented but volatile actor whose reputation for being difficult forces him to adopt a new identity as a woman in order to land a job.
Last Update:July, 05th 2020