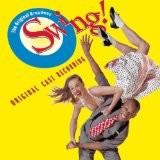 An energetic mix of music and dance has been embodied in the revue created by P. Kelly, based on famous works of the swing-music era. Appearing during the Great American Depression in the Harlem neighborhood, this genre reached its highest dawn in the period from the mid-1930s to mid-1940s of XX century. At the time, Fats Waller gave such definition to swing: ‘it at two-thirds consists of rhythm and at one-third – of the movements of the soul’. Bright, fast-paced and catchy melodies have become the basis for creating a variety of musical styles and future genres. At the end of the 1990s, there was a resurgence of interest of listeners to this genre and its modern incarnation in the form of neo-swing. Broadway production presented to the public the new version of the famous songs that have already become classic. Spectators were able not only to hear, but to see a swing in the performance of professional modern dancers. Arrangers very carefully approached the processing of music, being able to save in them initially available vim, energy and passion. Thanks to the ideas of the designer William Ivey Long, stylized costumes helped the actors to get viewers back to half a century ago, immersing them in bright colors and unrestrained emotions prevailing in the 30s, 40s and even partly – in 50s.

Broadway show has attracted great interest of the public. Critics appreciated dance revue well, giving it a lot of positive feedback. The audience left the theater delighted, immediately trying to buy CD-album with songs sounded in the show. Made in January 2000, recording with the participation of the actors from Broadway set later was nominated for Grammy. The play was also noted by the attention of many awards. Show 6 times has been nominated for Tony, twice – on the Outer Critics Circle Award. Revue three times was nominated for the Drama Desk, received 2 awards from the Theatre World and 1 nomination from Drama League. Maximum box office for the weekend was obtained at the end of December 2000, amounted to 581,618 dollars. During the final week of the show, organizers have gained for tickets $ 458,613. After the Broadway production has been completed, the revue has gone to a great tour across the country. Many older Americans, catching the birth of swing, attended the show. They pointed out the correct setting’s atmosphere, which has absorbed the spirit of the famous 60 years-old songs. Paul Kelly’s experience has shown that in the past there are a lot of bright, energetic and positive melodies that can deliver a great pleasure even now.
Last Update:July, 13th 2016