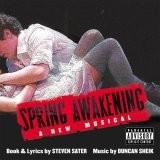 In the end of the XIX century, young Wendla began to think about how the children are born. Her mother said that the child is born in people who love each other wholeheartedly. Subject of intimacy excited all adolescents of the local city. One fellow even made to his friend essay of erotic nature, so that he could better understand his dreams. Girls are discussing the possibility of marriage with young fellows to make a list of the most interesting candidates. When they learned that Martha likes Moritz, the others laughed at her. When Wendla went into the woods for flowers, there she met her childhood friend Melchior. Young people realized that their bodies have changed significantly. But they did not dare to admit their interest in this issue.

Moritz made his way to school – he wanted to know in advance the results of examinations. The young man thought his score would be enough to continue his education, but teachers decided otherwise. Martha accidentally told her friends that her father forced her to cohabit. When Wendla met Melchior again in the woods, a girl told him about the tragedy of a friend. The young man was shocked. She asked to hit her – Wendla wanted to understand the pain of Martha. Yielding to the entreaties, Melchior fulfilled the desire of a girl. Angered then on himself, he ran out of the forest and lost his diary. Wendla took this notebook with her. Father of Moritz was greatly disappointed that his son has become a looser. The young man tried to get help from the mother of Melchior, with whom he was friends, but the woman refused to send him money for the trip to the New World. Moritz for the first time thought about suicide.

Being in the hayloft, Melchior complained of his life – his childhood has gone, and the adulthood has not yet arrived. Wendla soon found the boy and gave him his diary back. After the kiss, relationship of a young couple moved into a more intimate plane, although a girl did not think to go this far. After discussing what happened, guy and a girl felt guilty. Father chased Moritz away, and now the young man wandered through the city with a gun in his hand. He met there his childhood friend. It was a girl and she was kicked out of the house, after it became known that her father forced her to cohabit. She told about the shelter, which she found in the artists' colony, and called Moritz with her. At first, the young man refused the offer, but when the young man decided to follow her, she was no longer there. Not finding a girl, Moritz fell into despair and committed suicide. After the funeral, the teacher found in his belongings the essay of Melchior and the latter was accused in the death of a friend.

When Wendla fell ill, mother went with her to the doctor. It soon became clear that a girl was pregnant. Learning of this, shocked Wendla said – mother misinformed her, not telling the truth about the child's conception. When parents of Melchior learned of the deeds of their son, they’ve decided to send him to correctional school. When the boy started a fight with other adolescents, they took from him Wendla’s letter. After reading it aloud, bullies made Melchior aware of the pregnancy of a girl. Soon he has escaped. After returning home, the boy asked Ilse to tell Wendla, that he would wait for her at night in the cemetery. She understood that Melchior did not know anything about what have happened. But she did not dare to tell him the truth. At the cemetery, a young man saw near the grave of Moritz another burial. On the tombstone was Wendla’s name – she died during an abortion. Only ghosts of friend and beloved, who had risen from their graves, saved Melchior from suicide. The young man decided to continue to live and to remember those who were dear to him.
Last Update:July, 13th 2016