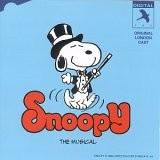 In the product’s heart is a comics of Charles M. Schulz ‘Peanuts’, which saw the light in 1950. The premiere of the histrionics is a continuation of the musical ‘You're a Good Man, Charlie Brown’, created in 1967. The show is a container of separate stories that happen with children and puppy beagle. As a result, the histrionics is more like a comic book than play with the consistent storyline. Critics pointed out that the problem of connecting the individual scenes with each other seriously affected the quality of the production. But the musical numbers themselves were found by reviewers very worthy. Because the play is the sequel of another theatrical, it has a line of disadvantages inherent in the stories of this kind. But thanks to the high level of skill of the actors and a good atmosphere in the creative team, creators managed to lower such problems to minimum.

Correct performance of intelligent and witty works has succeeded not in every performance. Where it happened, the critics and the audience saw the mischievous spirit of cheerful young characters. Beginning to realize the complexity of life, the children continued to perceive the world with an open heart. Little viewers, according to the opinion of their parents, with great astonishment looked at their peers living in a world of romance and friendship. Thanks to this musical, they received an idea of sincere relations existing between the faithful companions. Brought up in the modern satirical animated series children do not immediately begin to perceive light and friendly atmosphere that prevailed in the play. But when they entered into the general mood of the musical characters, then felt wild delight.

Critics have pointed out that, in spite of the minimal set of scenic elements, production makes very harmonious impression. Unpretentious musical has an irresistible charm of the ordinary comic book. Due to the small number of characters, it has become widespread among school and regional theater companies. The production involves both adults and young actors, with prevalence of latter ones. For the duration of its life, show gets closer to its paper original. These comics have been created for half a century – their latest release came out in 2000. The musical, staged for the first time in 1975, appeared on stage for over 40 years. The history of Snoopy and Peanut Company will be in demand in the audience for a very long time, as moral values, which are described there, are eternal and wit-delivered.
Last Update:July, 13th 2016