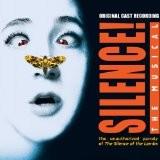 F. Scheck from ‘The New York Post’ said about it the following: ‘The breakdown and untidy action that looks much funnier than it should actually be’. To get pleasure from the view, the beholder must be tuned on the right wave. Creation is definitely not for everyone. In particular, it is absolutely not suitable for the younger generations. The creators deliberately went to such a step, so that in the future not to limit themselves to the amount of used homicide scenes, elements of violence and related black humor. Speaking of the latter: the staging is full with variety of jokes and comical situations, which carry not a good character. Most of them are built by exaggerating the classic moments. For example, the iconic scene in which Hannibal kills cops and leaves, demonstrates that the villain has time to make a sandwich to go from one of the victims. That is why mockery is so popular. The catch is that this genre is not so widespread amongst real theater-lovers. One thing is to show the audience a parody of some fairy tale, and the other – of already terrible story that is backed by mostly black humor. It is possible that in the future this performance will become something like Scary Movie, only for the theater.

Implementing main heroes, C. Lakin & D. Gaines proved to be surprisingly good. To Jodie Foster and Anthony Hopkins they are certainly far, but the project had not supposed to have a brilliant acting. What is important – these actors managed to portray characters in a new way. Clarice gained even more frightened outward appearance, which looked particularly good when she was having conversations with Lecter. As for the psychiatrist-cannibal, he is in many ways similar to the original villain. The only difference is that his theatre version throughout the play always had such a look, as if he wanted to eat you. No doubt, all this is to create a comic effect. Musical fully justifies the expectations imposed on it. The most important thing here is to realize that this is not the legendary thriller, but a humorous parody. So the jokes, violence, abusive language will be perceived very differently and may bring pleasure.
Last Update:July, 13th 2016