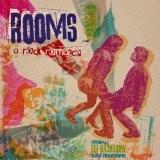 Musical’s story begins in September 1980. New York. Late night. Monica is making an enormous efforts trying to write a new song. Work of a girl interrupts a sudden knock on the door. On the threshold of the main character is an unexpected guest Ian, whom she had not seen for almost 3 years. New York instantly melts and the subsequent events of the play transferred the audience in Glasgow, Scotland.

Monica hires Ian, so he wrote the music to the lyrics of her song, intended for Hazel Katz's Bat Mitzvah. Man shows to a girl his musical talents and shares with her own views on life. After the meeting, the heroine for a long time is in in enthusiastic and excited state. In her head has already built a plan of her creative partnership with the young musician. But what it can bring in the real life? A few days later Ian comes to Monica. The girl lives in a beautiful house that is immediately loved by the creative guest. Heroes agree on the final version of the music of the song for Bat Mitzvah. Delighted with results of the work, Monica invites Ian to stay for the Saturday dinner.

There comes a time of Bat Mitzvah, the venue for the one is local temple has been selected. She is anxiously awaiting the appearance of her teammate. Last appears late and a little drunk. Nevertheless, this event takes place perfectly, and all guests have expressed admiration for the music work of the pair. Union of Monica and Ian hardens when they write a new song and submit it to the contest Rum Room Talent Night. After taking the first place, the protagonists win a trip to London.

Punk-direction of London is at the stage of its development. Immersed in it with a head, Monica initiates the creation of a joint duet with Ian, known as The Diabolicals. The pair recorded their first single, which immediately gets the first places in various music charts and rankings. The main characters receive an invitation from the New York record company to play in the CBGB music club. Ian and Monica’s relationships become even stronger. Full of hopes and expectations, the duo of participants is preparing to win one of the largest cities in the world.

Upon arrival in NYC, affects the passion of Ian to alcohol. The protagonist misses perhaps the most important concert in his life. Monica has to make performance alone, but all her efforts end with public catcalls of majority of those present at the club. That night, the girl says Ian, that she took the decision to abandon him. Man tries to convince his beloved to stay, but she tells him about her pregnancy and that is not going to keep the baby.

Ian leaves New York and goes back home in Glasgow. After some time, the main character experiencing severe emotional distress associated with the mother's death. Parallel to this, in small steps, Monica begins a solo career, taking part in small cabaret shows. A girl wrote several times to the former, but he does not answer. Over the next few years, Ian completely gets rid of the problem of alcoholism. He decides to go back to NYC. This happens in September 1980. Upon a meeting, Monica wonders why Ian for so long did not respond to her attempts to resume the dialogue. Then she introduces the protagonist with a two-year boy, who she says is his son. Ian and Monica move in together and the first thing they do as a couple – complete their song, started 3 years ago…
Last Update:July, 12th 2016