Pirates of Penzance, The review 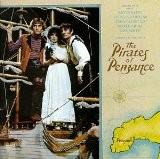 Pirates of Penzance, The review

Every time when Gilbert & Sullivan were working together a common brainchild, it promised to be an incredible success with public. From the strongest tandem of poet W. S. Gilbert's & musician A. Sullivan, the heart halts.

Like all comic operas of two talented actors, The Pirates of Penzance is a grotesque, parodic and satirical work. It is completely impregnated with mockery of the various sides of ordinary English life. For example, when a squad of pirates shows unprecedented bravery in the battle with the police, they suddenly give up because the police demanded the surrender of the robbers in the name of Queen. It is difficult to imagine such pirates in the real life. Thus, Gilbert & Sullivan in a satirical manner showed features of Victorian patriotism. Humorous is also a moment when the police shouts in every voice about readiness to rush into battle, but in practice remain standing still.

The creators also could not ignore the fact that in those days the military ranks were distributed to the right and left, to even those who were far from military affairs. That is why the image of major-general turned out so grotesque, when he was not in a single battle, never smelled gunpowder, but he was an expert in all subjects, not only in the art of warfare, but also in psychology and microbiology.

It is impossible to be silent about the incredible parties of L. Ronstadt, A. Lansbury & K. Kline. Actors deliberately exaggerate the seemingly most minor word lines, and it looks amazing. A group of compassionate pirates experiencing weakness for orphans, because they are orphans themselves. It brings a smile to the lips. What kind of piracy success can we talk in such case? How do they survive at all, if everybody pretended orphans and were released immediately?! In general, the musical is well-done, and the fact that this play was staged in 2013 in New York and in 2015 – in Toronto with a resounding success – speaks for itself. Nice to feel when magic envelops you from the first minutes.
Last Update:July, 06th 2016