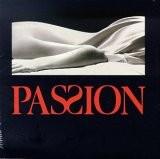 1863, Milan city. Captain Giorgio Bachetti told his lover about his appointment in the new regiment. Arriving there, a man met with local Colonel in charge & Dr. Tambourri. After hearing a terrible cry, Giorgio was left astonished. A commander asked him not to be afraid of. It screamed his ill cousin, Fosca, whom cared doctor Tambourri. Learning that the woman loves to read, captain handed her several folios. Soon the captain made friends with Dr., who told a man of the disease of this woman. Fosca have often had seizures & fainting. When she came to a man, to thank him for the books, a woman has had another attack.

Walking in the morning with all the company, captain recalled his lover. Soon the sick woman admitted – nothing pleases her anymore. A captain said that only love makes people enjoyed. She was confused as she confessed that captain was different from other men. Speaking about this woman in the letter, the captain received a reply, where Clara had warned him not to meet with this person. Giorgio soon received a 5-day vacation. Upon hearing of his departure, Fosca felt bad. After receiving a manuscript from our captain, the woman learned that he doesn’t love her. When capt. came back, she began to reproach a man. Finding out that the man has a mistress, she quarreled. They stopped talking. After having conversation with doctor Tambourri, Giorgio learned that a woman would die soon. The doctor asked the man to visit the patient. He hoped it would help her. Reluctantly captain agreed to help.

Visiting the sick woman, captain wrote under the dictation of a woman on a paper. It turned out a love handwriting, where a man acknowledged her in love. Soon women began to have a seizure & our pal left the site. Colonel Ricci thanked Giorgio for his warmness towards his relative. He said that once upon a time he introduced 17-year-old cousin to count from other country. Soon after, their wedding took place. The husband deceived her & has stolen everything precious she had. It turned out that count was married and had children. Because of this, she became sick. Her parents died & Colonel had no other options than to look after her. The captain received a scroll from own mistress. He went into the mountains, to read it. Seeing Fosca, who followed him, Giorgio shouted at a woman. She could not bear this & fainted. Man under the falling rain carried her on hands in the site. Soon the captain fell ill. The doctor gave him couple days off to amend health.

Going to go to Milan, a man met with ill woman. A woman said an apology, so he asked her to forget about her love feelings. Nevertheless, a woman wasn’t able to do so. The man was shocked with her words & he came back with a woman in the camp. The doctor warned the captain that Fosca could cause his breakdown. When Giorgio discovered that the mistress has decided not to leave her family which she had and captain left her. Upon return, a man met his boss angry – he found the handwriting by him under the dictation. A Colonel called man to a duel, which was scheduled for the morning. In the evening, the captain came to Fosca. Knowing that a physical connection could kill a woman, a man still led a stormy night with her. In the morning in a duel, the captain suffered a nervous breakdown & got shot. After several months in the hospital, Giorgio learned that Fosca deceased. He had recovered from the wounds he received on a duel. Giorgio began reading this letter by Fosca.
Last Update:July, 06th 2016