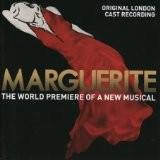 The authors of this musical transferred its story in the Second World War. Love drama has undergone some changes compared to the original. 40-year-old singer has been living with a Nazi, not particularly thinking about what is happening around. Meeting with the pianist, who is younger than she is at 20 years, forced the woman to realize that she wanted in vain to escape from reality.

In an effort to protect Armand, the singer was trying to end the relationship with the musician. But she couldn’t withstand separation with beloved, and came home to a young man. Only he was able to understand the internal state of the singer and to realize that Marguerite is not as fun as she seemed to the surrounding people. The love between them was especially dangerous for a musician. His sister was a part of the Resistance, and the girl could have been disclosed because of her brother’s meeting with the singer.

Nazi, with whom Marguerite lived, also loved a woman, so he wanted to keep her close by all means. But the man forgot that the local population has never pleased invaders. May it be that some people sided Nazis, but the majority of the French population continued to hate the invaders. When Armand began to be in danger, the singer has done everything to protect the pianist. She gave up her lover, hoping to save his life with that. A woman has not had time to explain her act – it was a payback time for cohabitation with the Nazi. But, dying at the hands of Armand, Marguerite knew that beloved already knew the reasons which have pushed her to write a farewell letter.

Musical shows several lines of love: between Marguerite and Armand, between a Nazi and a singer, pianist’s sister & Lucien. The music is different for each pair – fervent and passionate, dangerous and deceptive, trembling and tensed. Marguerite’s red dress is like a symbol of the tragic end of the fate of this woman. Music helps the viewer to immerse deep in the plot. Michel Legrand created very beautiful melodies – famous composer has not lost the skills over the years. Music gives many positive emotions.

Musical’s stage design also makes a significant contribution to the recreation of the atmosphere of the occupied city. It allows the viewer to focus on the tragic history of the main characters of the play. R. Henshall with J. Ovenden perfectly embodied the image of the characters.

Despite the beautiful music, the performance did not cause the audience fullness of empathy to the main heroine. According to many critics, the story of the Nazi's mistress much less touched viewers than the tragic fate of a courtesan in famous works of A. Dumas. Yet this theatrical is quite high-quality production, although this piece cannot be attributed to the world's masterpieces.
Last Update:May, 12th 2016