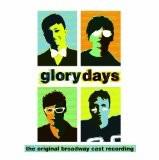 After a year from the completion of the high school, four schoolmates (Will, Skip, Andy & Jack) meet at night football stadium. Friends remember school days. Will compete with the roommate (Andy) in their school gender adventures. Eventually, Will manages to persuade friends to play a trick with their old school rivals and enemies.

The first turning point occurs when Jack admits his homosexuality. Andy secretly shares with the former neighbor his anxiety about this guy. He feels uncomfortable in Jack's company, but Will persuades him not to leave. At this time, Skip philosophizes about vital changes and their generation. Comprehending his words, the young man understands how strongly his friends have been changed. He thinks that this meeting turned out not in the way as he imagined it.
Friends re-read Will's magazine, share opinions on high school doings and remember the days of former glory. Then Jack takes Will away for a talk. He asks what Andy and he think of his recognition, and Will gives out the friend, telling Jack the partial truth.

The atmosphere is heated after their conversation when Jack shares his feelings with Will, and other companions see that. Andy treats this behavior as treachery and flaks with Will whom Jack protects. Everything becomes even more difficult when Skip prevents Jack from protecting Will, and the last one tries to reconcile all the friends. Andy offends Will, quarrel is aggravated, and Jack leaves. Later, being angry, Andy leaves them too.

Finding out what occurred actually, Skip convinces Will to recognize his mistakes and leaves. Having remained alone with oneself, Will comprehends the life and understands that it is necessary to move further, but not to live past.
Last Update:April, 06th 2016