Suspend My Disbelief / I Had a Life lyrics - Ghost the Musical 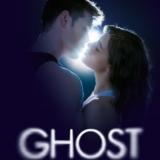 Suspend My Disbelief / I Had a Life lyrics

Suspend My Disbelief / I Had a Life

How can you believe some fortune teller from Spanish Harlem
Who shows up at your door?
I sat there and watched, she was talking to him.
I don’t buy it Moll, not for a minute
Carl, she knew things, I know they were true
What kinda things?
A photo Sam took as we rode the bus into Rino
We were all alone, just us. It’s something no one would know
And the Starfish at Montego Bay
Look, she said that Sam knows who killed him
That he was set up, murdered

This is getting deranged, your going off the deep end here
She had a name, address, a complete ID
Good Molly, good
Willie Lopez, 321 Prospect Place, Apartment 4D
She said Sam wants me to go to the Police
The Police, Molly Jesus, what are you gonna tell them
Some storefront phsycic’s been getting messages from the dead
Carl I know, I know it sounds crazy, but you’ve gotta trust her

Look if it makes you feel any better I’ll go check it out, OK
Really, Carl thank you, I appreciate that
But I am going to the Police
Nah, I wouldn’t do that, not just yet
I’ll call you tomorrow, I promise
I’m gonna do this Carl

I don’t believe it, it’s so sad
Where are the good times we once had
Such a high that we were on
I can’t believe that it’s all gone
How could this happen, we were friends
Don’t forget something that never ends
We’ll get over it somehow
All we’ve got is here and now

Be careful Carl, this guy’s dangerous
Carl, what you doing here
Who you been talking to
Talking to? Estas loco hombre, what the hell do you mean
Some fortune teller woman knows all about you
Everything, where’s she getting it from huh?
Carl
I aint said a word to anybody
She knows your name god dam it, she knows where you live
A lot of women know where I live
This isn’t a joke man, she knows about the money
You bastard
Now I want you to find this bitch whoever she is
And you just, look you just get rid of her OK
I’ve got 10 million dollars stuck in that god dam computer
If I don’t get those codes and that money’s not transferred soon
I’m dead, we’re both dead
These are big drug dealers
Why don’t you tell them that you only loan the money on the 1st of the month
You don’t screw with them man, they’ll take us down like that
What is wrong with you, is everything a joke
You killed a man, I mean what the hell didn’t you understand Willie
You were supposed to steal his wallet, you killed a man
Oh, was that a joke
I did you a favour man

Yes, we’re just playing a numbers game
Every second the numbers change
This is what I live to feel
It’s the beauty of the deal
This is the essence of high finance
So many steps when you do this dance
This is always such a rush
Making millions with one touch

Tony, this is Carl, I’ve got the codes, I’m all set
Hey we’re fine, everything’s fine, you just tell me what you want me to do
OK, transfer the money into a single account under the name Rita Miller
Account number 92631043, is that right
Friday, 4:30pm transfer the full account to 1st Island Bank at Nassau
Yeah Rita Miller, yes this Friday
Hey don’t worry about it, I’m on it. Call you when it’s done
And tell Mr Ballastrary I’m sorry for all that happened
It won’t happen again, there won’t be anymore problems

SAM (together with Molly and Carl)

MOLLY (together with Carl and Sam)

If there is anything more I can do
I’ll do it and find my way back to you
Suspend my disbelief
If there’s even one thing left to try, I don’t even need to know why
You broke my heart, you didn’t go
Here right now, here right now
I had a life

CARL (together with Molly and Sam)