Down By The Erie lyrics - George M! 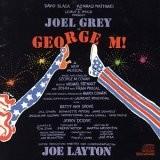 Down By The Erie lyrics

Down By The Erie


If you want to make good in a broadway show,
You must have a asong that is sure to go.
A pretty little ditty that they wistle 'round the city,
And they play er'rywhere, ev'ry day everywhere;
It's a regular, popular tin pan song,
The kind of a melody can't go wrong;
A catchy refrain, The sort of a strain that gives you a pain.
When you hear it again.
The orchestra murders it o'er and o'er,
The ushers applaud and they shout for more,
They resort to the tick fo the gallery "clique"
So the encores will not miss,
The management features it near and far.
Its usually sung by the femail star,
The publisher gives her a motor car,
And the chorus goes something like this.

Chorus:
Down by the Erie, There waits my pal;
Tho' the days are long and dreary,
He declares he'll ne'er grow weary.
Poor John O'Leary, I'm afraid you've lost your gal,
For I've left you flat, my dearie, by the Erie Canal.

Yes there must be a song in the Broadway show,
There must be a song with a swing and go.
That's sure to raise a ruction, that's the hist of the production,
That hey hum as they go, and they come to and fro.
A melody haunting you day and night,
The kind of a tun. Any kid can write;

You hear it at lunch,
A song for the bunch,
A song with a hunch,
A song with a punch.
And that is the reson the advertise.
The song of a season, the big surprise;
Oh, this terible song, just to boost it along.
Not an old time trick they miss.
The fellow who puts on the chorus
Stuff is on to the fact that this song's a blugg,
He knows that the audience has enough,
But the management want it like this.