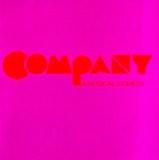 This musical is a perfect staging for those in adulthood, between 30 and 100 years – for all active and really adult category of all ranges, to whom it is no longer enough to laugh at just plain text jokes or because somewhere boomed something funny or someone did a funny face. No, here, via light drama, a lot of humor is shown. Of that kind of humor that, like wine, is aged better over the years and is inherent to smart and respectable people who are in the middle of period "I do not have anything from a teenager already" or "I am warned of the inevitability of death and the upcoming sunset, so let us be satisfied by the best benefits of civilization that are available to me now, as long as my personal sun is still in the zenith, and maybe was just beginning to lowering towards the horizon". At this stage, which is often called as a "midlife crisis", people reflect about the issues of self-worthiness, which they will be forced to adopt. The alternative is to buy a red racing car (if you're a man) or to get a new lover, young, bursting with verve and passion, if you are a woman. Well, in the second case there can be an updated wardrobe. Or a change of country of residence, if you are rich enough to afford it.

The musical tells the story of the soul scatterings of several people. The main storyline is the life of one overage bachelor who cannot choose between the three girls whom he dates. However, one of them, Kate, leaving him going to another city because she found the groom.

Steven Sondheim, who performed the words and music for this musical, won both main Tony Awards. It is easy and very pleasant narrative show that received big spectrum of awards. 5 Drama Desk, 1 Theatre World, 7 Tonies wins and 8 nominations – all this for the original staging. For its reopening in 1995, the list is as follows: 1 Drama Desk nomination, 2 Tonies nominations, 3 Lawrence Olivier wins and 1 nomination. For the next revival in 2006, it gained 3 Drama Desk wins & 2 nominations, 1 Tony win & 1 nomination.

This is a new vision of the good old musical of 1970, which was called with the long name Everything's different,/Nothing's changed,/Only maybe slightly/Rearranged. By the way, it was discussed filming a motion picture, and the latest information about it was in 2010, but since then the project was a bit rusty. It is one of those smart (but not abstruse), laconic (but not fragmentary), fancy (but not glamorous) and wise (but not mentoring) musicals, with a heart and soul that you can watch over and over again, each time catching different notes from actors, comparing them among themselves. In addition, fans of creativity of Neil Patrick Harris will be interested to see their idol in this show. One of the things that changed in recent versions – the protagonist speaks openly about his gay orientation, whereas in all previous it was tacitly silenced. However, he wants to build his relationships with women. At least, he is revealing that. Perhaps the underlying reason of his bachelor life is just that society, in persons of his associates, wants to see him with women, while he sees himself with a man. Pretty deep subject that is very easy, as no one imposes no point of view, simply touching it without developing.
Last Update:April, 06th 2016