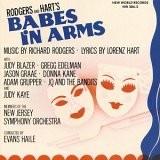 If you are the theatergoer, who reconciled no circumstances to watch any new production, then you very likely will love to see this one. You can even gather the entire family because the plot is so watered-down that it is almost no plot. Of course, people are singing and dancing on stage, and even dressed in the fashion of that time about which the play says – the period between 1920 and 1930, in America, that is not yet at the peak of its rich blooming. Heavy pre-war years, when people's minds largely spaced with ideas of racial segregation, a slowdown in production, of the cold winters and accelerating pace of life. They did not know any of such as a powerful labor union, or couldn’t call at any time from their personal phone. And having personal TV at home – this simply could not be a thing for the poor ones. Where working for 40 cents per hour was incredibly well-paid position.

In the musical, in which almost nothing happens, except of singing, it is difficult to assume the existence of the plot. It, oddly enough, is there. It tells about a group of young people, who dream to make their own musical; they have no other concerns and constantly falling in love with each other. This play is emasculated and there is no resemblance to the philosophical and ethical-filled version, which saw the world in 1939. Redone for 1959’s staging, it has only drawbacks, but all the advantages that were giving depth to the original, were lost. After all, the constant vanilla singing and clumsy kisses of all with all are doing this thing excessively boring. This musical can be visited exceptionally by the elderly cat-ladies, maidens of forty with red hairs, in a pink dresses eating cotton candies of the same shade. Just to forget what was this play about, after a couple of weeks.

We are hard to imagine is there any valuable thing that this show gives to the real life. One can only assume that such a total lack of serious backgrounds allows just look at the movements, singing and dancing, smiley faces and forget all the bad things that you have in life. But only if you originally came to the show with, at least, neutral, or above, mood. If you have hellish mood, then the senseless roundabout of smiling idiots will annoy you even more.

Behind the boring pompous words of theater critics hides unwillingness to recognize that this show is a full zero. That they would never have gone to film with the same content. What they would have never participated in any similar life situations. Why? Because it is booooring. This is only how you can describe the loss of a couple of hours of your life (including gathering and traffic jams on the both sides of the way – all 5).
Last Update:April, 06th 2016