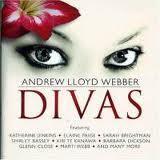 Memory is a song that was sung by many and now performed by Betty Buckley from this musical sounds collection, with great feeling (we originally heard it in an infinitely peerless musical Cats). It is right when it sang by operatic voice, which is present here in full, completed with "live" sound that is often lacking to classic opera singers. Her version has everything – living-through the emotions which it represents; communicating with the public; sadness, joy and despair; and excellent possession of the voice. This performance, along with Don't Cry For Me, Argentina (by Madonna) and As If We Never Said Goodbye (by Barbra Streisand, from Sunset Boulevard) – highlights of this collection. Of course, every song from the collection deserves a lot of respect, and each has been fundamental to the future of work in the field. For example, a film starring Madonna talks about the difficult, but loud fate of women Evita – a fighter for the rights of the same-name country (Argentina).

A rare combination of external angelic beauty and very elegant body of Katherine Jenkins and her monumental voice of opera singer – is indeed rarity to hear (and see). Andrew Lloyd Webber generally likes the strong (and beautiful) women and often gives them in his works – films, musicals – strong parties to voices and in plot, with which, we must admit, they cope surprisingly well. Perhaps as a tribute to the maestro, who are not only believes, but also loves and appreciates them as actors and people. And, most likely, this is why Andrew has so much successful works, constituting the golden fund of the human heritage, which must be remained to descendants.

Some women have even become famous after the execution of these songs, working with Andrew Lloyd Webber. Among them are Sarah Brightman, Patti LuPone and Elaine Paige. Betty Buckley even eclipsed with her execution of the song Memory singer Elaine Paige, who introduced us it in the musical Cats, first in the West End (before it has migrated to Broadway). Glenn Close is an actress, who is known to the general public by films about Dalmatians, gives here a song from Sunset Boulevard, Broadway’s show (and therefore came into the compilation instead of Patti LuPone, who sang a song With One Look in London).

Sarah Brightman took part in the musical The Phantom Of The Opera, but sings a song in the collection Surrender of Sunset Boulevard.
Last Update:April, 06th 2016