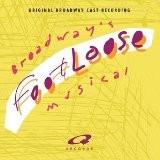 The opening of the musical on Broadway was in 1998, where it gave 709 hits, before being closed in July 2000. Richard Rodgers Theatre hosted the play and the director was Walter Bobbie. The musical had mixed reviews. Someone said that the show was itself poorly developed, and only the music in it was good. Some praised the dances for which the producers have emphasized the dancing part, and the lyrics were called mediocre. It is possible that this diversity has influenced that out of 4 Tony nominations, this musical did not get a single award. By the way, stage wardrobe of actors was exhibited in Florida for everyone’s beholding in frames of the project named Costume World Broadway Collection.

Production of the show in London at the Novello Theatre, after the "warm-up tour" in the UK was in 2006. Having stood there for one autumn season, the show was closed. Musical team consisted of: K. Bruce (director), M. Large (costumes and stage lighting), J. Whiteside (lighting), M. Dixon (the chief of the music sound). Actors were: N. McDonald, D. Hough, L. Gorgin, S. McGann, J. Shentall, L. Want, S. Tate–Bauer, G. Spaño, C. Deverill & C. Baker.

Tour of the UK was launched in 2004 in Plymouth, where gave presentations there for almost a month for the break-in, and then a full-fledged tour was launched, which lasted for 24 whole weeks. The second round was in 2006, starting in Cardiff Bay, where the director was Karen Bruce. This production also visited 11 cities and neighboring countries, including Scotland. After the second round of the show, it finally opened in the West End, where was closed some months after, but not because of the failure, but because the theater scheduled its download, which limited the run, not letting it to be continued. At once after the closure, round 3 of country tour was opened, for all the first half of 2007, and then show returned onto the West End, remaining there until December of 2007.
Release date: 1998
Last Update:February, 24th 2016