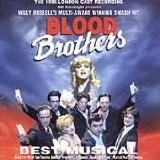 Willy Russell is the writer who presented a play for his school activities in 1982, which was staged in the Merseyside Young People's Theatre that is now called the New Theatre For Young People. After a successful reception by the public, he made a musical adaptation and set it up in 1983. The actors in it were: A. C. Wadsworth, G. Costigan, A. Schofield & B. Dickson.

West End took the play in 1983, in April, where it continued until the autumn of the same year, winning the Olivier Award. Tour of the UK began in early 1984. The second round was held in 1987, where producer were Bill Kenwright, and Bob Tomson as the director. Cast: R. Locke, C. O'Neill, W. Evans & K. Dee. The show was held in the Noël Coward Theatre. For this version of the play, it received another Olivier Award and one nomination for it.

In 1988, it was a new discovery, and it lasted until 1991, and then moved to the Phoenix Theatre, where it continued until the closure after many years, in 2012 (the play was going for 21 years without a break). Staging was a huge success, as evidenced by the very fact that it had over 10,000 productions only in the last period of time. This figure allowed this musical to enter the top three on the number of shows in London. National tour in 2012 – 2013 took place with no less resounding success.

Actor Alex Harlan took part in this musical for more than 4000 performances. Although his role was small, he was consistently provided with work for many years.

There were as much as 6 tours in the country – in 1995, 2008, 2010 and 2012. It also flew to Australia in 1988 and in Sydney was its resurrection at the beginning of 2015, where Enda Markey was a producer, Andrew Pole – director, Michael Tyack was responsible for music. The Melbourne production is scheduled for 2016. On Broadway, the show was staged for the first time in 1993 and was closed after 840 performances – successful quantity.
Release date: 1993
Last Update:December, 10th 2015